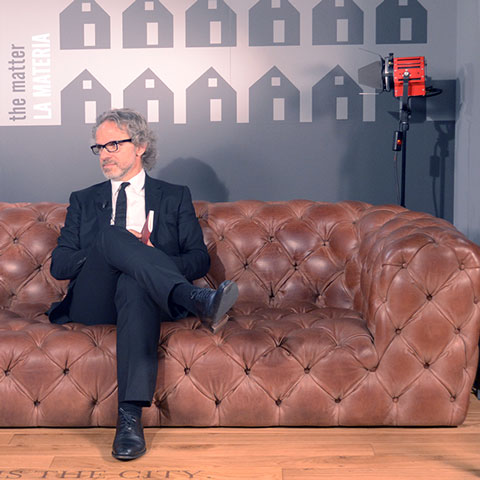 Alfonso Femia
Founder of 5+1 and 5+1AA Architecture Agency, the studio changes its name and becomes, from July 2017, Atelier(s) Alfonso Femia AF517, in continuity with places, dreams, horizons and crew.
Founder and President of 500×100 since 2015.
From 1995 to 2000 curator of the Architecture book series JA Joshua Architettura.
He has been a visiting professor at numerous international seminars (Sibari 2002, Cosenza 2003, Palermo 2006, IUAV Venice 2007 and 2008, Reggio Calabria 2010, Alghero 2014).
Between 1993 and 2011, Alfonso Femia colllaborated in the Design classes at the University of Genoa – School of Architecture. From 2001 to 2006, he was Professor at the KSU Kent State University of Florence. From 2007 to 2010, he was Professor at the University of Ferrara – School of Architecture. His works have been published in leading magazines of the field and in international web magazines.
In 2014 he presents at the Fenice di Venezia during the Venice Biennale “Project as a dialog tool. Dialog as a design tool” at the basis of the founding idea of 500×100.
He has been invited to present his work at several editions of the Venice Biennale, at the ETH of Zurich, at the Italian Institute of Culture in Paris, at the French Institute of Culture in Casablanca, at the Triennale di Milano and at the White Cross Gallery in London.
He has won numerous international prizes and published various monographies on the work of the Atelier(s) AF517, formerly 5+1AA.
Fond of territory cities, he lives between Genoa, Paris and Milan.
With 500×100, he creates a “show schedule” on the theme of the dialog which is structured in three formats: the SETalk, since 2015, the TalkCITY since 2016 and the Entre Deux since 2017. 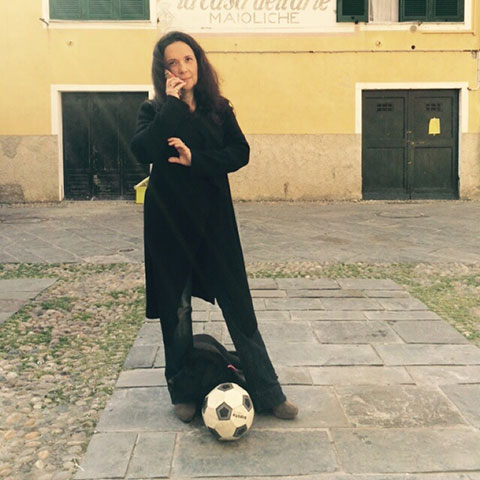 Simonetta Cenci
Architect, she has been collaborating with 5+1 studio since 1997 and in 2006 she becomes partner of 5+1AA Architecture Agency.
From 2007 in charge of the procedures and quality control according to ISO 9000.
On the occasion of complex contracts she deals with the integration and coordination of the specialized services with the structural and plant project.
From 2008 in charge of tenders and the management of the studios: Genoa, Milan and Paris.
She follows all the phases of the national and international competitions.
She manages the organization of events and the international communication: presentation of the monograph “5+1AA architectures, the flow of the tide” at the Venice Peggy Guggenheim museum in 2008; presentation of the book “Architettura e Materia” at Palazzo Grassi in Venice on the occasion of the International Biennale of Architecture in 2010; presentation of the monograph “Rights and Duties” and of the pamphlet “Dialog as a design tool” at the Fenice di Venezia in 2014. 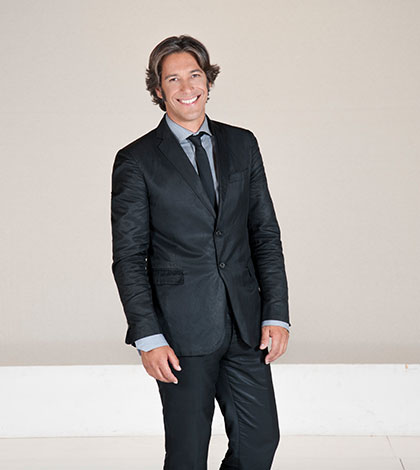 Giorgio Tartaro (Verbania, 1967)
Journalist, who has been dealing for a long time with projects for architecture and design. Television author for RAI and Sitcom/LT Multimedia, editorial director and consultant for Leonardo TV, he hosts various programs on the themes of architecture, interior and design projects (Case & Stili, Living, Tendenze Casa, design.book, A2).
Editorial director of Case & Stili magazine until 2013, he has worked as an editor for Modo and Domus, collaborated with D La Repubblica, GQ, l’Istituto dell’Enciclopedia Italiana Treccani. He signs articles for different magazines in the field.
He has collaborated in the editing of various books: L’Arte in trincea, Skira; Liquid Space, 70 anni di Boffi, BOX Circa 40, giovani designer, Edizioni Fiera Milano, and with Peter Skinner and Michael Wallace “I giganti che sfidavano il cielo”, Whitestar 2002, Coppie Celebri, Sitcom Editore 2008. He is the co-director of the Master in Interior design at the Design Polytechnical School and the Polytechnical School of Milan, and he is a professor of the Master Made in Italy at the IULM University of Milan.
He has signed communication projects for companies in the field, and is very active on the new web communication and social network platforms, preferring the immediacy of video language. 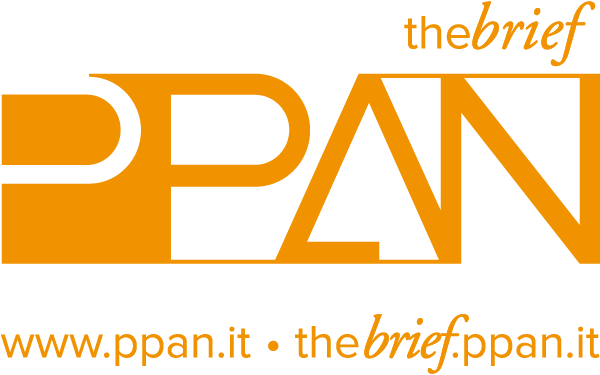 PPAN comunicazione e networking per il costruito is a company of Paola Pierotti and Andrea Nonni involved in the production and diffusion of specialized contents.
PPAN, in its web platform www.ppan.it contains Thebrief, regularly narrates facts and main characters of the architectural and engineering world and of the city.
The company follows the events in live with interviews and images, it updates an agenda for those who want to be informed on architecture in Italy and not only. PPAN is present where events and meetings that involve communication and the built take place and publishes them via social media (via Twitter @PPANthebrief and Facebook PPAN); it reads the newspapers and files the most interesting clippings.
The company collaborates with clients, designers and contractors in order to activate aimed strategies of communication and management, enhance the differences through a common language.
PPAN was conceived with the goal of investing on the hidden potential of a market in evolution following customized business opportunities. 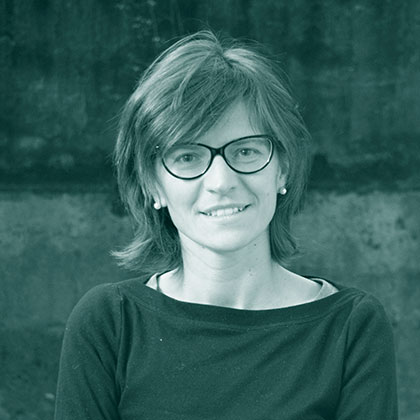 PAOLA PIEROTTI
@paolapierotti
Architect and professional journalist. Partner of PPAN comunicazione e networking per il costruito.
She has collaborated actively for ten years in the launch and development of the weekly magazine Sole 24 Ore dedicated to architecture and urban redevelopment (Construction and Territory – Projects and Competitions). She is familiar with the italian panorama, she daily follows this field of interest. She coordinates and moderates architectural events and is involved in committees and prizes. Today she writes on PPANthebrief and on other magazines: paper and web. 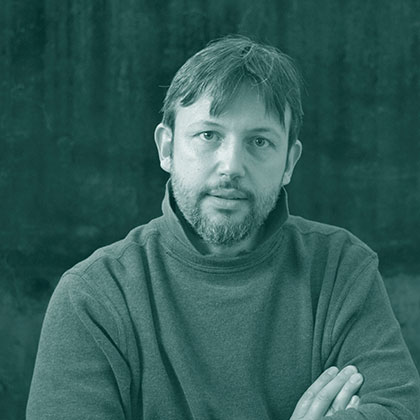 ANDREA NONNI
@andnon
Architect and project manager. Partner of PPAN comunicazione e networking per il costruito
Since 2000 he has worked in the UK and in Italy as an architect and project manager, acquiring an extensive experience in designing buildings and in planning and management of infrastructure projects. He has collaborated with different multidisciplinary companies, also working in the production/construction field both in the public and in the private. 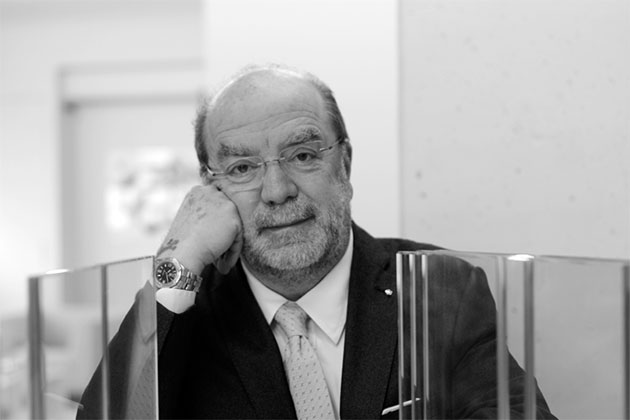 Marco Predari
Architect
Partner and President Universal Selecta S.p.A. and member of ADI.
He has always been active in the architectural world, he has carried out professional activity for more than twenty years realizing important interventions in Italy and abroad to then dedicate himself to the production of movable wall systems today acknowledged among the leading players on the market.
He has been Vice-Director of Habitat Ufficio magazine since 1981, its foundation year and for several years later.
He is a member of Redazione, a co-founder of the Cultural Centre of Milan, an operative supporter partner of Comitato Quartieri Tranquilli di Milano and a member and co-founder of Around Richard.

In charge of communication
and graphic designer
[email protected]×100.com