Vincent Parreira is an involved architect: “architecture is a material for the expression, the cultural, social and political commitment – always uncompromising. From the place memory, the territory complexity and beauty to the life use of the spaces, the practice of this kind of architecture can only be created with a lot of rage and love.”
This architect, with the Portuguese and French dual nationality, graduated in 1995.
After some detours in Brazil, he opened his own agency in Paris in 2000.
“Sensuality, envy, pleasure, movement” – when he speaks about architecture, Vincent Parreira is far from the professionnal jardon and always reminds about the ultimate issue. Thus, this architect progresses alongside his family, his close relations and his collaborators.
He will be then awarded with a special Mention at the Equerre d’Argent Price (2011) for the school complex Casarès Doisneau in Saint-Denis. The following year, he is nominated again for L’ATOLL – an eco commercial center. In 2014, he won the Architecture and Urbanisme Award of the Haute-Normandie Region for L’ATELIER at Gournay-en-Bray. His work is defined by a real attachment, whatever the scale and the function. His work deals with spatiality as much as with the buildings epidermis.

Decoration is, according to him, a reflexion on the thickness and the atmospheres created. 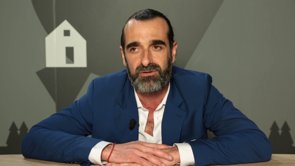 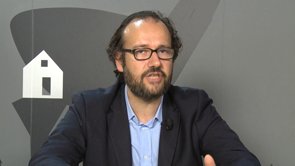