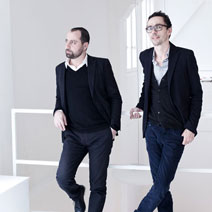 LAN (Local Architecture Network) was founded by Benoit Jallon and Umberto Napolitano in 2002 with the intent of exploring architecture as the intersection of several disciplines.
This approach has today become a working method, and it has allowed the firm to explore new territories and to develop a vision that encompasses social, urban planning, functional, and formal issues.
The firm’s projects consider this universe of possibilities at all different scales and contexts, and they have been recognized on multiple occasions in France and across the world, be they sophisticated architectural objects such as the EDF National Archives or experimental housing developments (Paris, Bègles, Beirut), commercial buildings (the Euravenir Tower in Lille), cultural projects (the Théâtre du Maillon and most recently the Grand Palais) or urban planning projects (the Brossette neighborhood in Île de Nantes and the Neue Hamburger Terrassen housing development).
In 2004, the firm was included in Nouveaux Albums de la Jeune Architecture (New Editions of Young Architecture, or NAJA), an award bestowed by the French Ministry of Culture and Communication.
In 2009, LAN was honored at the International Architecture Awards (Chicago Athenaeum), the Archi-Bau Awards, and it won the Special Prize at the 12th International Triennial of Architecture in Sofia.
In 2010, the firm received prizes at the AR Mipim Future Projects and Europe 40 Under 40 Awards.
In 2011, the firms received the Best Sustainable Development prize at the LEAF Awards, a prize at the SAIE Selection Awards, and the AMO Prize from the Fondation d’Entreprise Excellence SMA.
LAN was nominated for the Prix de l’Équerre d’Argent in 2011.

In 2012 the firm brought home the Silver Medal from the Fassa Bortolo International Prize for Sustainable Architecture. In 2013, it received a “Commendation” at the Civic Trust Awards, the WAN Residential Award, and the BIGMAT 13 France National Prize.
In 2014, the Euravenir Tower received the Prix SMABTP-Pyramides d’argent prize and was nominated for the Prix de l’Équerre d’Argent and the European Union Prize for Contemporary Architecture – Mies van der Rohe Award 2015, EDF Archives Centre was nominated for the Philippe Rotthier European Prize for Architecture, 79 Collective Housing Units Bègles were awarded second prize for residential concept category for the Rethinking the Future Awards, and the Neue Hamburger Terrassen received the International Architecture Awards (Chicago Athenaeum) and the Carl-Friedrich Fischer Preis 2014 – Humanes wohnen.
LAN is an active participant in international architectural debate. The firm is strongly committed to the dissemination and interrogation of the values underlying contemporary architecture, whether in an academic setting (TU Graz and Università degli Studi Roma Tre in 2011, the Berlage Institute and the Welsh School of Architecture in 2012, Università di Ferrara in 2013, the Bergen Architecture School in 2014, among others), or at major institutions and cultural events worldwide (MoMA in New York, MAXXI in Rome, Garage in Moscow, Archifest in Singapore, the National Congress of Architects in Panama, and the Venice Biennale, to name a few).
In 2013, the Spanish publisher Actar gave LAN carte blanche to publish a book, which appeared in 2014. Called TRACES, the book interlaces reflections on the nature of cities with discussions of the various issues that characterize the firm’s projects 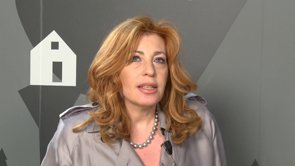 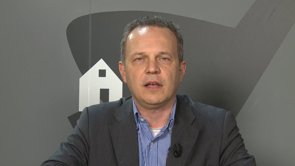