I was born as a publicist when advertising was trendy and when was just ended the time during which we were ashamed of being a publicist. I didn’t had the time to fall in love with my profession, that it turned back into something to be ashamed of : so, patience.
During this time, not quite brief, I achieved to become the creative director of a few agencies, in particular of the Armando Testa, and to win sufficiently international awards to make me believe that I was good enough to find my way on my own.
In 2009, far from being alone, in collaboration with the University of Turin, to which many other universities were added later, I gave birth to Eggers 2.0 which is a strange “factory” where every year, talents of different disciplines, come and work with us during 12 months.
We work in communication, create innovative projects without excluding anything, but also including space for art, for research, for continuous education.
We are in Turin, obviously, the “laboratory-city” 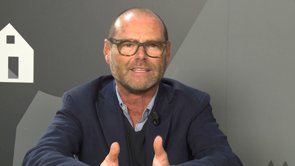